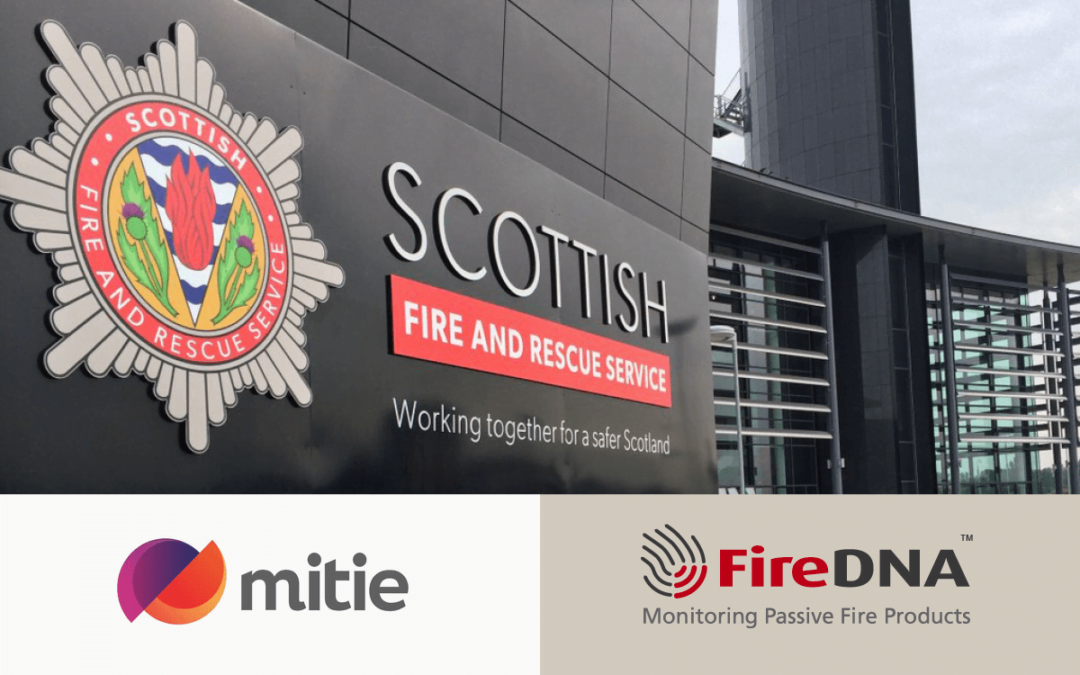 In our first in a series of case studies, we’ve invited FireDNA Data Partner, Stevie Neilson to share his experiences using the FireDNA system to inspect and catalogue 9422 fire doors in three months, on behalf of Mitie, for the Scottish Fire and Rescue Service.

The Scottish Fire & Rescue Service is the fourth largest in the world and ensures the safety and wellbeing of the people in Scotland. Operating out of 547 buildings across 357 sites, these centres are managed by the UK’s largest ‘Facilities Management’ provider Mitie.

Following several months of discussion between Mitie and the Scottish Fire & Rescue Service regarding the status of the fire doors across their property portfolio, a tender was issued for an extensive fire door inspection and evaluation programme to be undertaken.

Having secured the works through competitive tender, we further engaged with Mitie and the Scottish Fire & Rescue Service team. Working through their property asset registers in detail we gained a full understanding of the scope and requirements of the project.

Following weeks of detailed project planning and final agreement on the timeline, it was evident that we had just over 3 months to inspect and report our findings on 9422 fire doors across the 357 site locations, and this all had to be done during the winter months of late 2021 and early 2022.

In order to deliver on such a tight timescale, absolute dedication and collaboration was required from all parties…the project managers, admin staff and fire inspectors as well as the teams at Mitie and Scottish Fire & Rescue Service. To support this challenging task we armed our resources with a new cloud based system called ‘FireDNA’.

We had been approached by FireDNA a couple of years earlier to see if we would be interested in helping to beta test their new ‘Fire Door Inspection and Monitoring Software’, to which we agreed, little did we know at the time that this software would prove invaluable to us further down the line! 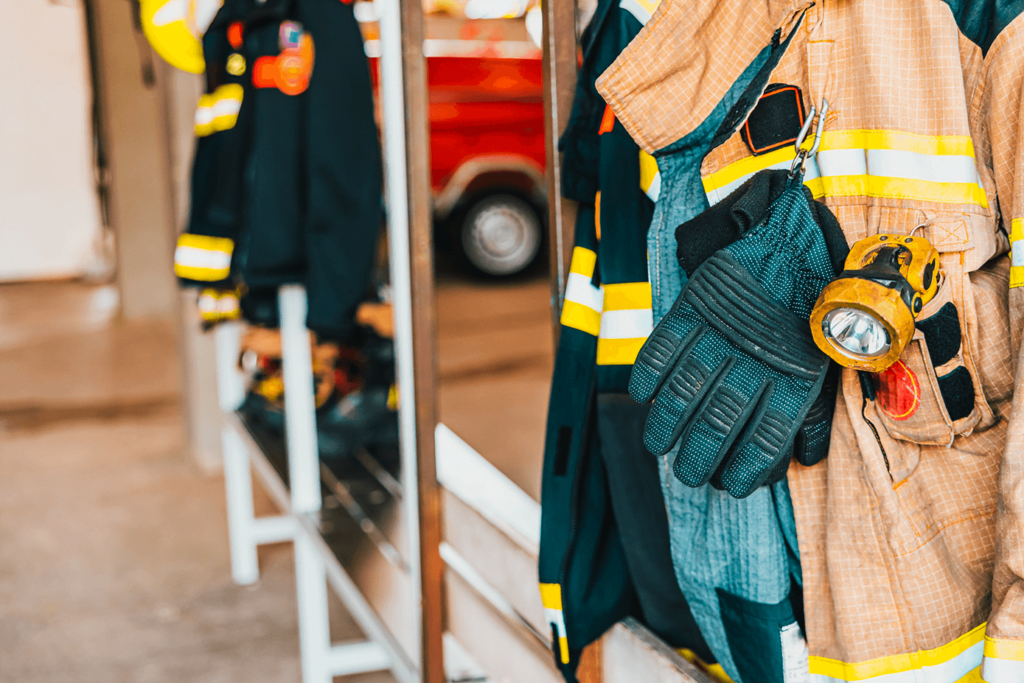 Deploying teams of up to 10 Fire Inspectors at a time, armed with the new and now completed FireDNA Inspection and Monitoring App, we set about working through the phased inspection schedule.

Having been involved in the development testing of the FireDNA software, we had no doubt this system would, increase the speed in which the surveys were carried out, and dramatically reduce the time and effort in reporting the findings. Working closely with the FireDNA software support team, who assisted us in the initial software training, our Fire Inspectors were able to work efficiently and effectively ‘at pace’ through the challenge. The FireDNA App also has ‘LiveChat’ built in so any questions or queries by our operatives in the field were easily and quickly dealt with by the FireDNA team, which meant there was very little downtime during the inspection process.

One of the great benefits of using the FireDNA App is that everything is ‘real-time’ so our office-based project managers could immediately see how the inspections were progressing. Once the inspection data and supporting photography was in the system report generation was largely automated and nicely formatted into MS Word and Excel documents.

These reports could then be initially shared internally with our remedial work/replacement estimators for accurate cost estimates, who in turn could then produce accurate cost estimates and quotes for the works required as each buildings inspection was completed.  This created a very fast, efficient and accessible workflow process for the whole team.

FireDNA is not only a fantastic fire inspection and reporting tool, but also initiates the ‘golden thread’ of information, allowing building owners and managers like the Scottish Fire & Rescue Service and Mitie to take ownership of the ‘live data’ in the system, which can easily be updated and shared as each fire door asset is inspected, monitored and maintained year-on-year, which will soon become the minimum legal requirement.

FireDNA also enables building owners and facility managers to create status reports for O&M compliance, which can be shared with insurers and the like, as well as appointing contractors and maintenance teams to carry out and catalogue remedial works and new installations, which are all date-stamped and locked into the system.

In our view, anyone involved in fire inspections, installations, planned preventative maintenance and asset recording of passive fire products, such as fire doors, doorsets and fire screens should be using the FireDNA system. For duty holders such as building owners, facility managers, landlords and surveyors to make sure the assets they are responsible for are safe and compliant and the data unambiguous and accessible by all that need it, including residents.

We believe FireDNA is the best system on the market and anyone who uses it will appreciate not only the time and money savings but importantly how this centralised system improves work standards across the full lifecycle of passive fire products.

We use cookies on our website to give you the most relevant experience by remembering your preferences and repeat visits. By clicking “Accept All”, you consent to the use of ALL the cookies. However, you may visit "Cookie Settings" to provide a controlled consent.
Cookie SettingsReject All Accept All Read More
Manage consent

This website uses cookies to improve your experience while you navigate through the website. Out of these, the cookies that are categorized as necessary are stored on your browser as they are essential for the working of basic functionalities of the website. We also use third-party cookies that help us analyze and understand how you use this website. These cookies will be stored in your browser only with your consent. You also have the option to opt-out of these cookies. But opting out of some of these cookies may affect your browsing experience.
Necessary Always Enabled
Necessary cookies are absolutely essential for the website to function properly. These cookies ensure basic functionalities and security features of the website, anonymously.
Functional
Functional cookies help to perform certain functionalities like sharing the content of the website on social media platforms, collect feedbacks, and other third-party features.
Performance
Performance cookies are used to understand and analyze the key performance indexes of the website which helps in delivering a better user experience for the visitors.
Analytics
Analytical cookies are used to understand how visitors interact with the website. These cookies help provide information on metrics the number of visitors, bounce rate, traffic source, etc.
Advertisement
Advertisement cookies are used to provide visitors with relevant ads and marketing campaigns. These cookies track visitors across websites and collect information to provide customized ads.
Others
Other uncategorized cookies are those that are being analyzed and have not been classified into a category as yet.
SAVE & ACCEPT
Powered by